When talking about OnePlus 5T we have to remember that in recent years OnePlus has differentiated itself from its competition as the flagship killer, as that mobile phone that for little money offered us the best specifications of the market. At the same time, I had little to envy to a Galaxy S or iPhone.

But with the last two models we noticed an increase in the price, which already moves in the 500 euros, and give us some new versions that seem a bit hasty. This time they presented the OnePlus 5T, what a great novelty offers a screen that occupies much of its front. It is not so much like the Galaxy S8, but enough to have an aspect ratio of 18: 9.

Features of the OnePlus 5T

The new terminal of the Chinese stands out above all for its 6.01-inch screen, half an inch larger than its predecessor. And now it has a Full HD + resolution, due to its new aspect ratio of 18: 9.

The technology of this panel is Optic AMOLED. A OnePlus 5T that retains much of the technical specifications of its predecessor, the OnePlus 5. In fact it has the same Snapdragon 835 processor, as well as a 6GB and 8GB RAM. Next to 64GB or 128GB of storage expandable by microSD cards.

It could be a good alternative to iPhone X until here.

Regarding the camera, we found a very similar hardware. Although now the second sensor is brighter, but in any case we have two sensors of 20 and 16 megapixels with aperture of f / 1.7. In the front we also find a sensor of 16 megapixels at the height of the circumstances.

As for its battery, it increases to 35000mAh, and has a fast charge native to the firm, as is Dash Charge. In the connectivity section offers WiFi ac Dual Band with MIMO 2 × 2, Bluetooth 5.0, GPS with GLONASS, BeiDou and Galileo, 4G + at 600 Mbps, as well as USB-C connection and the already unusual 3.5 mm mini jack.

Prices that are no doubt moving away more and more from its Flagship Killer essence and these prices are cheaper than iPhone X. An alternative to iPhone X at least on the price.

Buy or not to buy OnePlus 5T?

What I still cannot understand is because they increase the size of the screen, and the battery? Nothing. They continue with the 3,300 mAh OnePlus 5.  It is not a bad amount, but I imagine that the new panel that incorporates something else. 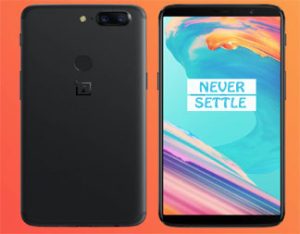 It wasn’t bad if add a few mAh to cover what the new screen could spend. And in this way to remain a real beast of autonomy, although we still need to see how it will behave.

First, I have to say I have mobile phones with a fingerprint reader in the back, and I am happy. But I think having it in front is much more comfortable. If we have it on any surface we can unlock easily.

This is a mobile just out of the oven with Android Nougat, which I do not like anything and seems a reason enough to not buy. How do you launch a terminal at the end of 2017 with Android Nougat? The current order calls Android Oreo, and if you do not offer this version you will lose a lot of support.

Now you have the reasons and all the information to buy or not to buy OnePlus 5T. This can be a surprise if we compare its functions and price with iPhone X. But it will take some time for the company to recuperate the market. I hope you liked this article and don’t forget to share the info. See you! 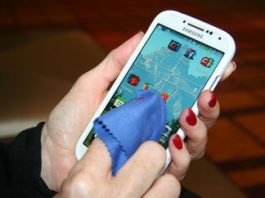 Smartphone Screen and things you should know now! 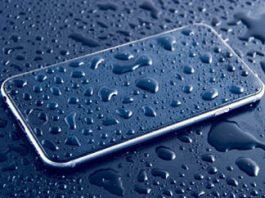 ABOUT US
Technology Tips is a global and multi-platform media Tech blog. It provide readers with daily technology tips, software reviews, mobile and computer tips.
FOLLOW US
© Copyright 2022. All Rights Reserved