After months of speculations from the iPhone crazed users, Apple finally managed to release the much anticipated iPhone X. Apple however still managed to shock many by coming up with some of the best features yet and ones that had not yet leaked.

The Apple iPhone X finally came out with an edge-to-edge OLED display that is dazzling and unique in so many ways. The price tag? $999. This will probably shake up the high end smartphone market that has seen developments in the recent months. iPhone X is all but testing the willingfulness of the consumer demand with the value of the phone.

The following are some of the top 5 amazing features about the iPhone X:

The iPhone X has an edge-to-edge OLED screen that is so beautiful. The few people who have come across it have attested to the fact that it is one of the most beautiful screens that they have seen on a smartphone. The screen will go a long way in revolutionizing the Apple product.

While it is hidden on the top notch of the iPhone X, the camera comes with more sensors that do a lot. It is capable of transposing your face into an emoji that you like.

In addition, the front camera has an infrared camera, proximity scanner, flood illuminator, speaker, microphone, ambient light sensor, 7-megapixel camera as well as a dot projector. The camera provides a lot more than the previous versions.

You may be baffled to what animoji is? This is a cartoon animal that imitates your face movements, speech as well as your facial expressions while using the front camera. The 3D sensors of the iPhone X are used too.

It relies with the same components used as the face ID. It replicates the long term experiment of Apple trying to marge hardware and software to come up with something that is more advanced.

The new edge-to-edge screen is something Apple enthusiasts will be happy with. This simply means that you will have a bigger screen. If you look at the dimensions, you will simply be impressed. It comes at 5.8 inches. This gives you so many options to work with, you will simply be introduced to great things as well as despicable views.

Well, many people have been waiting for this option and it has finally been approved. Facial ID ensures that you are the only person that is allowed to access your device. This is a huge step in the development of technology. There are security kinks to get rid of some of the things that may cause doubt. Ai reading as well as responding will be essential in opening up to other possibilities down the line.

Apple have made many improvements as well as changes on iPhone X. Some features have been completely eliminated while some have been improved. When considering what device to buy, it is essential to know that it is the fastest chip Apple have ever come up with. The iPhone X is the phone of the future.

iPhone X has revolutionized the smartphone world by coming up with more exquisite and developed modifications. With the facial recognition, the improved screen area and many more features, the iPhone X will prove to be at the forefront of the smartphone technological advancements. The phone comes with so many modifications compared to the previous models made up by Apple.

The new iPhone X comes at the right time for the brand with it’s new features. The phone has is many changes as compared to the last brands. Some features such as the fingerprint have been eliminated. A number of people have disputed this change while a few have welcomed the change. Many people were used to the fingerprint sensor which was seen as an easy way to access the phone. Another group of people are happy that the fingerprint has been replaced with facial ID. iPhone X will definitely revolutionize the smartphone industry and pave the way for many more developments. 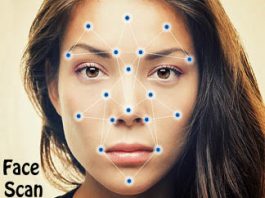 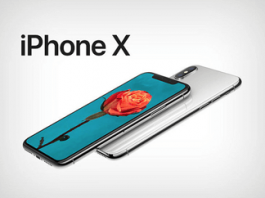 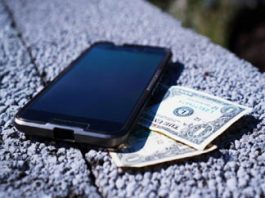 7 Places to Buy Cheap iPhone: Find your iPhone at the...

ABOUT US
Technology Tips is a global and multi-platform media Tech blog. It provide readers with daily technology tips, software reviews, mobile and computer tips.
FOLLOW US
© Copyright 2022. All Rights Reserved