Today, we bring very interesting about what, possibly, is the new Samsung Galaxy S9. After knowing when the mass production will begin and receive some leaks of its design and screen. We will know size, specifications, technical characteristics, price … we tell you everything on technology tips! 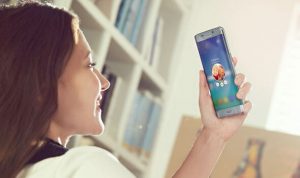 Samsung Galaxy S9 Features: All you have to know!

The new Samsung Galaxy S9 would have a screen of 5.8 inches (surely with Infinity Display technology) in a body of 144.1 x 68.1 x 8 mm. In this sense, it would be a little bigger and thicker than its older brother, the Samsung Galaxy S8.

It will also have IP65/68 certification and will have a fingerprint reader on the front, but not on a button, but inside the screen itself. A technology that is making a lot of noise and that we really want to see on a smartphone.

If we open the bonnet of the terminal, it wouldn’t be strange to find 6 or 8 GB of RAM. Although the leaks indicate that it will remain in 4 GB.

If we stick to the story, it would not be strange that it was the first terminal to have a Snapdragon 845 in the American version and the Exynos 8910 in the international version.

Another component that we will see in the Galaxy S9 is the Heat Pipe, which will be in charge of the cooling system of top Korean range.

Also, sources close to the supply chain confirm that this system will be used in the next range stops.

These are just rumors, so we have to take them with tweezers and carefully, because it’s still too early. However, that does not prevent it is already beginning to talk about money. And according to GizmoChina, the price of Samsung Galaxy S9 could cost 700 pounds.This translates into about 809 euros, a price very similar to the Samsung Galaxy S8 at the time of its release.

Obviously, the Samsung S9 will be the competence of iPhone next year. However, these rumors help us to know more about the new smartphones on the market. Will it be as good as their last releases? Only time will be able to say something about. 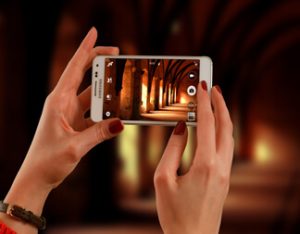 It’s so normal that on smartphone market the changes are fast, and this will be a long year. So I expect a good surprise about Samsung S9 to be better than the currently iPhone X and not so expensive. Price doesn’t make things better, but the quality and personality a phone can give.

By now we have to use this little information to make pictures about the new Samsung S9. Technological innovation is only possible when enterprises want to make great things. Let me your comments below, I’d like to read them. See you!

Top 20: Security Apps for Android you should have!